Challenges are daily mini-events in which the player must win a series of victories in battles with special conditions to receive valuable prizes. Challenges are not easy to complete: the player loses a “life” for each defeat, and a limited number of them exist. 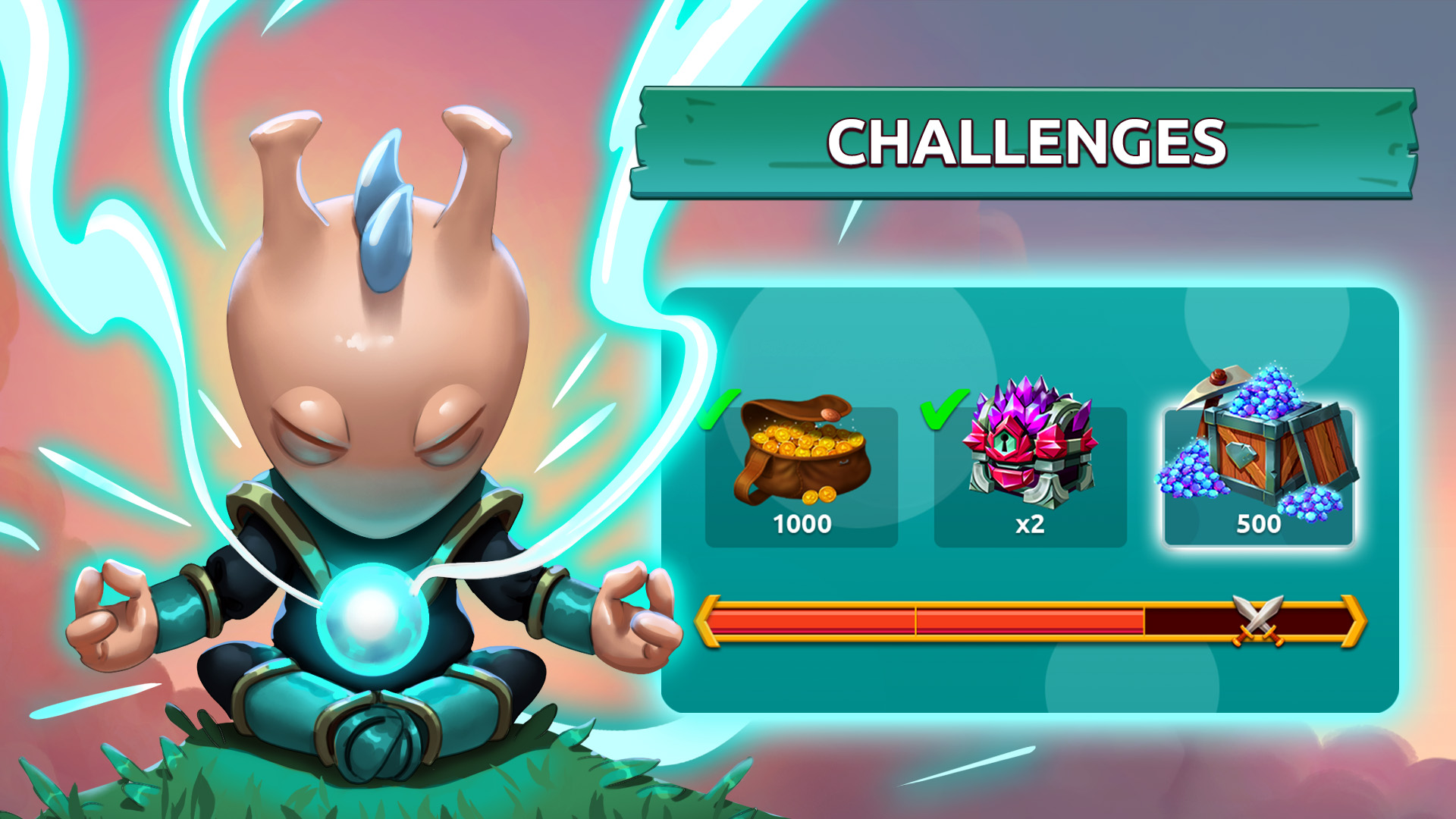 Challenges become available to each player when they reaches 750 rating points on the Rewards Track, and participation is free. Challenges are accessed via the Events tab. Each day the player receives a new Challenge the first time they log in after 9 pm GMT+0, and the player has 48 hours to complete it.

The game offers five difficulty options for the Challenges:

Challenge tasks are randomly assigned in each challenge difficulty, but as you progress to harder level challenges the previous tasks from the lower levels are included as well.

The higher the level, the higher the cost of buying extra lives, but the more valuable the rewards! The set of quests is randomly assigned to the player, with the exception of the very first Player Trial, in which everyone is considered to be in “training”.

During the battle, your opponent does not know that you have special tasks, they can only guess about them by your actions, but they will find out on the screen with the battle results. 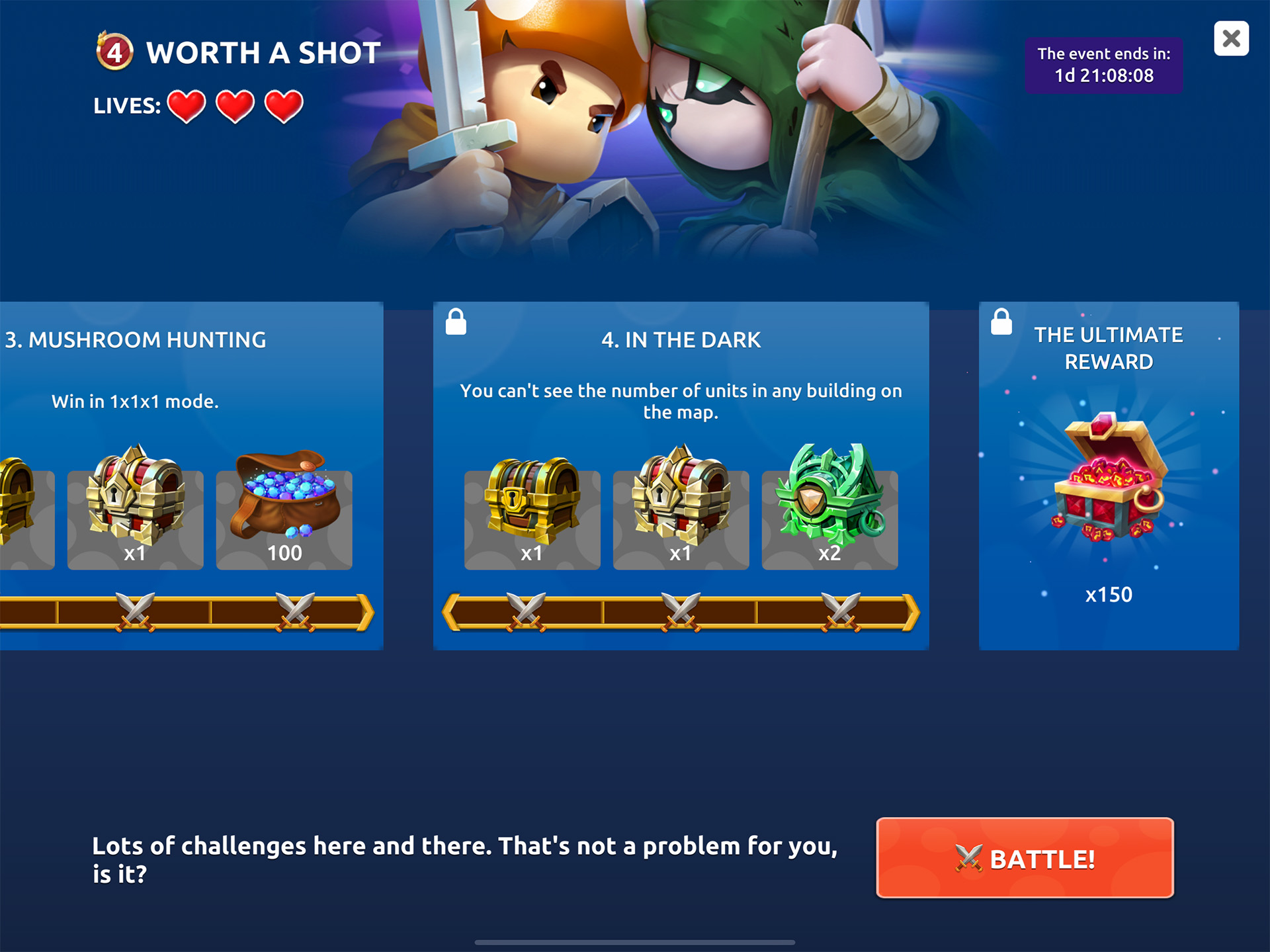 If the player wins, they receive a reward corresponding to the progress of the chosen trial. If the player loses, the player loses a life, and in each trial, you will only have three lives. If the player loses all their lives, they can only continue participating in the Trial by purchasing extra lives for Gems or viewing advertisements (you can only see it once per Trial). The cost of Gems depends on the current difficulty of the Challenge, and each subsequent purchase will be more expensive than the previous one. You cannot buy more than five times – you will fail the Trial after losing all lives after five additional purchases.

At the same time, the battles themselves do not affect either the rating or the quests. The player also does not receive additional rewards that they would get for normal multiplayer victories – victory chests, additional Gold/Gems, and so on.