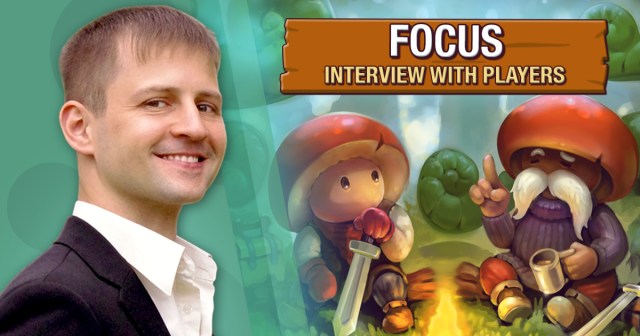 Tell us a bit about yourself
I’m a choreography teacher by training, but now I call myself a beginner streamer 🙂
Link to my channel: https://www.youtube.com/channel/UCWFsr2GnvuWWsB7UUVrW2_A
How did you start playing?
I was reading a site about iPads. Just iPads. Like a blog. And there was a post about this game. It said that the game is available on PS3. That’s how I downloaded the first MW on PS3. That was about 11 years ago, I’m not exactly sure now. After a while I downloaded it on my tablet and then I got hooked… multiplayer, tournaments, community…
The online battle of intellects is what I liked most about the game.)

Tell us about your path from novice to top player
Was it a lot of time and effort? Hard to tell. I think that when you enjoy what you do, time flies by and you don’t feel it as an effort. I didn’t have any mentors, I always learned from the experience that I got from winning (or not) matches. If I lost on maps for 3-4 players, I would always spectate till the end, analyzing how my opponents play.

Has the game changed a lot since you’ve started to play?
For me, the biggest positive change has been the addition of the tournament system. I am also really hoping that Mushroom Wars will finally break into cybersport!!!
What features are you most eager to see added to the game?
Tournament tab in the game, streamer mode in the game, tournaments with big prizes!
Do you like tournaments?
Tournaments are awesome, they’re the future. I don’t just like watching and participating, but also streaming tournaments.)

Tell us a story
Once in the first MW I won a Russian roulette. If you win a match, it multiplies your points by 66. If you lose a match, it also multiplies the rating loss by 66. I activated the roulette and entered a match. I got a map for 4 players. On my side of the map there was a strong player. So both of us are strong players. We were fighting each other for a long time. But finally I won. On the other side there were a strong player and a very weak one. The strong one won very quickly. He immediately started to grow, while I was still fighting. That player started to put pressure on me from the other side of the map, my buildings and my units started to melt away fast. Soon I was left with just one building. My opponent sent his troops to capture my last house. I had already started to grieve for my 660 points of lost rating, when suddenly a “sacred disconnect” happened to my opponent. I was over the moon 🙂
Your advice for new players
Don’t play as Rudo 🙂 Morale is the most important thing in the game. Understand how to get it and you’re going straight to the top!
Your top-3 veterans

Your top-3 new players
Unfortunately, I can’t name the new players, but I can name those who became top players recently and really surprised me.

What have we forgotten to ask?
I’d like to thank the developers. They are really making an effort, working day and night. The results are showing. There is a lot of new content in the game for every taste. The Mushroom player base is increasing. There are tons of online tournaments. Can’t wait for the first offline tournament…

What’s your favorite trophy?
I actually have 4 trophies that I really value.

Who’s next?
I’d like to know more about Benzodiazepin. That’s a player who’s become Pro in a very short time.