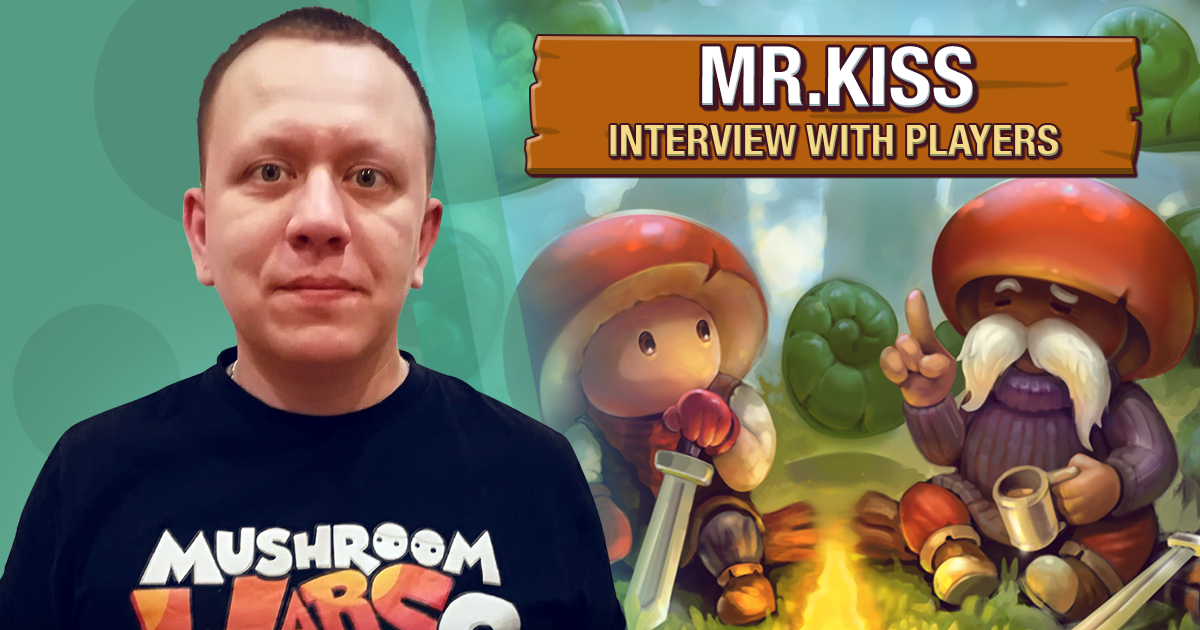 Tell us about yourself
I’m an electrician. Since I was 13, I started to learn to work with electricity. Our family business was opened by my father in the 90s. And, well, naturally, I followed in my family’s footsteps. So, to this day electricity is still my thing. 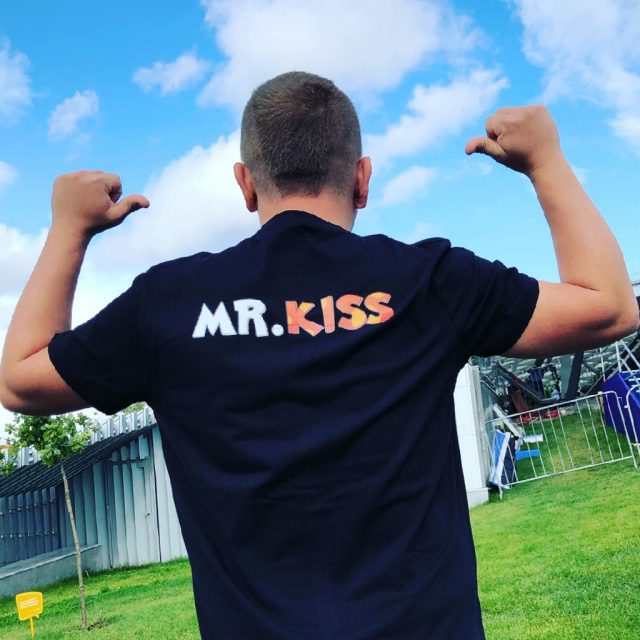 Since the days of MW: Space everyone knew you as Romanovvv. Why have you changed your nickname to Mr.KiSS? How were both of them created?
Oh, yeah… The nickname romanovvv was a completely accidental thing, just like my discovery of the game. I answered this fully in another question. But, in short, it was my friend who took my phone and downloaded the first Mushroom Wars and signed me up with the nickname romanovvv.
Mr.KiSS was invented when MW2 came out on the Android platform. Many players on Apple devices had already been playing the second mushrooms game for over a year already, so I decided that I didn’t want to show off my old name. I wanted to learn the new version of the game, because there were a lot of changes and new things since MW: Space.

Alexander, you have a very beautiful and royal last name, one which has played an important role in the history of our country. Have you had any interesting moments, when you would make use of your last name, or used it to say that you’re descended from the Romanov dynasty in any situation?
Yes… I really like my last name. And sure, there have been one or two times when I said that I’m of a royal blood. Also, Alexander II «the Liberator» is my complete namesake.

How did you start playing?
A long time ago… I can’t even remember when exactly. Wait, I do 🙂
January 2014. A friend of mine took my phone with the words – “I’m gonna download a cool game!”. That’s when I discovered Mushroom Wars 1 for myself. He also invented my nickname, he signed me up as “romanovvv” (“The name romanov is probably taken already, so you’ll be romanovvv” – he said). His name is garikkk, by the way. So, I think you can see where this triplication of the last letter comes from)))
I liked the game instantly. It was something new for me, especially for a smartphone. It was cool to play in multiplayer, to play matches against real opponents. A battle of minds and agility – that’s what hooked me.

Why have you continued playing this game for so long?
This game clicked with me. As I said before, it’s a battle of minds and agility. A game in which you need to think. But communication with players is also an essential part of the game, and I know many of them for a very long time – this game has united people from all over the world! And, I now know the developers of the game too, they’re nice people. We even helped to create MW2 with an active group of players at the time of «space».

Do you think you will be playing MW in 10 years? 🙂
Ohhh… Somehow, I think, yes)) Mushroom Wars have become an essential part of my life.

Did you ever want to quit the game for any reason?
I never wanted to quit the game. Naturally, not everyone in my family likes my hobby, but it’s just important to know when to stop…))

Favorite mode
I think, it’s 1v1v1v1 after all, the game can end in many ways, and the battles are often heated.

Favorite hero
Stella. I have most matches as her. I like every skill of hers, especially the 2nd.

Favorite map
Q5 – a very balanced map with nothing superfluous. 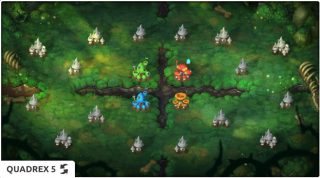 Tell us about your path from a novice to a top player
It took a lot of time. There were no tutorial videos before, no websites, nowhere to find information. It helped that I became one of first in the Mushroom Generals Guild. It was the first shroom chat, and was created by Kazakevich himself! We shared experience, tactics and just talked in there. The first ones to help me in the game were KingOfAsses and Kazakevich, they gave me the shrooms basics. But, in fact, I have learned a lot through trial and error, and, naturally, by observing my opponents.

You are always among the top in the world with your good win ratio. How do you manage that, and do you have any secrets for staying on top?
There are no secrets here. You always have to look at how your opponent plays and analyze the outcome of the match. And to be at the top you just need to play a lot. And the win ratio is pretty simple – just try not to lose. The most important thing is to play with top players. If you play with a stronger opponent – it’s always a Karma bonus))

Has the game changed much since you started to play?
The game changed a lot. In the first game only your skill was important. In MW: Space boosters were introduced, and that was cool, it gave players more opportunities. The second game is even more interesting: now we have heroes with different abilities. Artifacts and passives are probably the biggest and the most questionable innovation in the game, there are a lot of debates on the matter. But the game is evolving, and I more or less like it. Mostly, what I would like to change is for the game to become more balanced.

What would you add to the game?

Do you like tournaments?
I love tournaments, but I can rarely participate. However, I enjoy watching them, especially on my friend Focus’ streams‘a. But what I like the most is organizing tournaments. In MW: Space and MW2 Focus’ and I organized several tournaments. The last big tournament was the CIS Cup. Other players from the mushroom community also helped me. Many people really liked that tournament, it was memorable.

Where did you get your avatar?

My first avatar was a gift from a player called Gribnoi_lord. He won a tournament that I organized in MW: Space. In appreciation he decided to give this prize to me. In MW2 I have the same avatar, but this time I had to earn it in a tournament of the first official meeting in Moscow.
The avatar is the same as in “space”, it’s a kind of a reminder of the past, a notion of respect for MW: Space and the roots of the game.

Do you think MW2 has a chance to become several times more popular than it is now?
Of course – it is the future of mushrooms. Steadily, step by step our favorite game is going towards this. P.S. Waiting for an update that will balance the passives.

The achievement that you’re most proud of
My achievements are the tournaments and meet-ups (players meetings) that I organized. It is very important for me to gather people together, to help players communicate and to organize tournaments.
Also, finishing in the top-8 in the CIS Cup.

Your favorite trophy
2018’s «Moscow Meeting Event Participant», that’s where I won my first tournament. It was awesome!

Tell us a funny story related to MW2
There were lots of funny occasions, I couldn’t even remember now.
The most interesting stuff always starts when players arrive at a meeting from different parts of the world)
Once Kazakevich and I went to Igromir (a Russian gaming expo event) and we met a team of MW2 developers there. Very positive guys. The fun began when two top players, who have always played on their phones, grabbed gamepads and started to play a new game (first MW2 encounter). It was hilarious!

What was the most unexpected place that you played Mushroom Wars in?
The most memorable place was when I had to play in the middle of a highway I didn’t know. This was back in the days of MW: Space, and the first tournament was live. I was coming back from work out of town. There was no internet anywhere, it was lashing rain, and I had to play, but there was almost no time left. Suddenly, I noticed a really low internet connection, I instantly stopped at the roadside and…
Imagine: Out of town, a lone car on the roadside, forest all around, lashing rain and… mushrooms))

Advice for novice players
Observe how the top players are playing, you can always learn something from them, never be afraid to play with or against them. And, of course, watch Focus’ streams‘a. There’s also a lot of useful stuff from Tormoz on the Mushroom Wars 2 website and channel And well, watch the morals, of course 😉

Why is it worth coming to an offline meetup in Moscow?
I want to organize a huge meeting in Moscow this summer, gather players and developers.
Tournament, hanging out, exclusive info and tons of fun. Loads of prizes, a lot of interesting stuff, and it’s just the 3rd official meeting in Moscow. What exactly are the prizes, you will find out this summer, everyone is welcome!

Which mushroom meeting was the most memorable for you and why?
The last meetup (summer of 2019) was the biggest, most fun and positive. This year we’re expecting even more people! 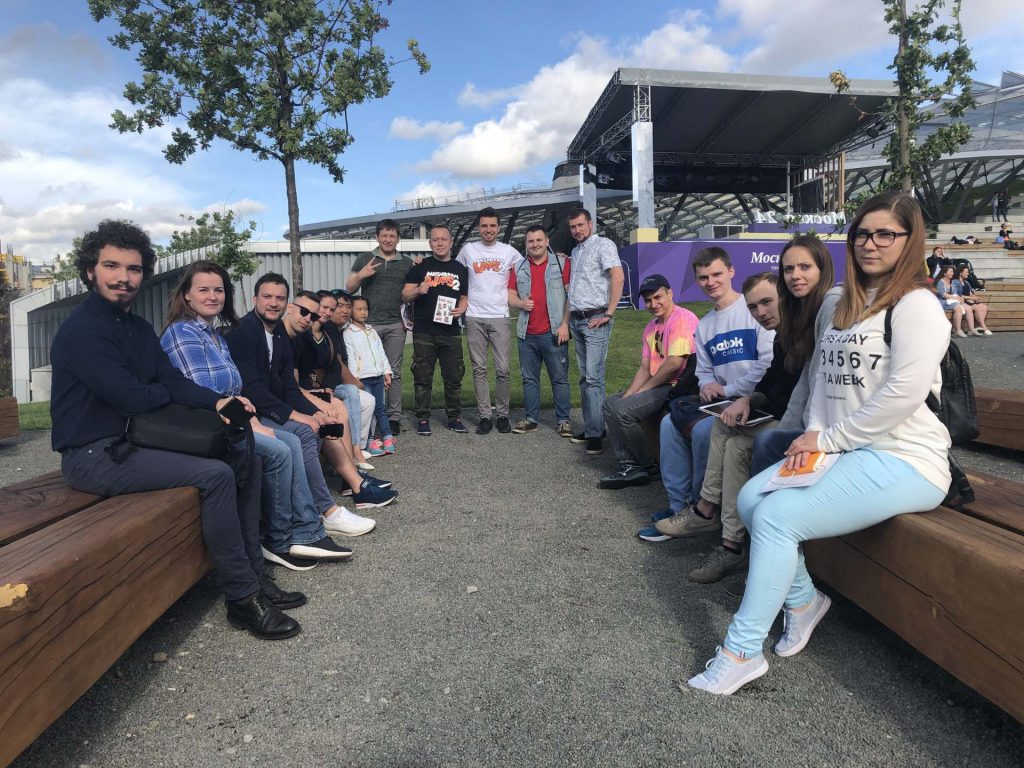 What have we forgotten to ask?
I want to thank the whole developer team. For many years you’ve been making us happy with your work.
I want to thank the Mushroom Generals Guild, it’s a long time that we’re together. Many of you have become a true mushroom family.
Especially I want to thank Focus and Tormoz for helping this project to move forward.
And a big thanks to all the players for playing. May the force be with you!