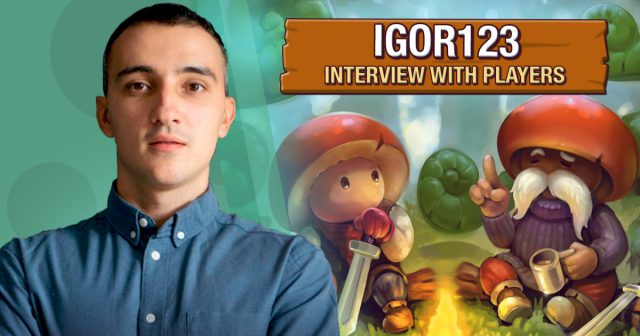 Tell us about yourself
I am a supervisor in Dreamaker Drama Academy China LTD.

We notice that you travel a lot. What drew you to traveling, and how do you balance travel and playing MW2?
We arrived in China with my then-girlfriend (now wife) 5 years ago to earn money for 1 year. It turned out it was quite easy to make a hefty sum. We then went on a journey to Hong Kong for the first time. We have travelled to more than 40 various cities in China and Asia in the time since.

There is a difficulty though — China has a Firewall that blocks ‘unwanted’ websites and services. Including Android MW2. Thus, it is impossible to play Mushroom Wars on Android without a VPN. Using a VPN is illegal in China, so VPNs are often blocked or subjected to server attacks. That’s why it was sometimes nearly impossible to play Mushrooms where every second counts.

There is also the time difference — it’s already morning for me whilst the rest are still sleeping.  It’s very inconvenient, especially in terms of tournaments. 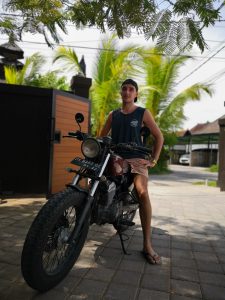 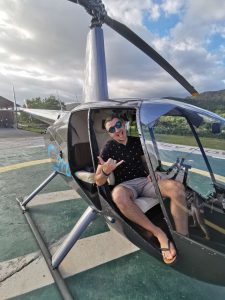 Why did you choose China over other countries?
I didn’t. I just got a chance to up and go, which I did. China may be scary sometimes in terms of its customs and food, but it also impresses with its ambition and the beauty of its nature at the same time.

How did you start playing?
I have been playing for about 7 years, I guess. MW: Space was the first one, it was fun too)  But I absolutely can’t remember how I heard about it.

Tell us, why you took time out now?

Tired, perhaps. Paid items have been becoming more and more important in the game for some time now, but my mechanical skill and luck helped me to stay on top. As time passed, this was not enough — maybe my skill or luck failed me. The point is that I don’t enjoy the game as I did before. So, I quit.

Your expectations of the game?
I’m for monetization, I wouldn’t mind monetizing the things I can myself. But I wish the game would become more balanced again.

Your favorite game mode
My favorite is 1v1. I have always liked to rush and try new things. This is the most balanced mode (apart from a few maps). Like chess.

Trini. Beehive and the first Glaciation skill can knock the world flat)

Favorite map
I don’t have one. My favorite map is the one I’m winning on.

You are one of the very first Generals in Mushrooms. Tell us what kept you in the game for the whole 7 years and describe your path from novice to pro player

There is a really great competitive spirit in the game. Rating, tournaments, player of the day — all this kept me in MW: Space for a long time. I always tried to learn tactics from players that were stronger than me at that time — Focus, Kazakevich, Bo3 (Bo3essam – Ed.), Romanovvv (Mr. Kiss – Ed.).

But then ‘Death’ (a rune giving 0 defense to all the buildings) was added, and the rating went crazy. I started losing interest in the game at that time as well.

But MW2 was released at the right time.

New physics, interface, maps, heroes etc. Something new in each update. So you had to play constantly in order to keep up with other players.

Has the game changed a lot since you started playing?
I think the developers are doing great. All and everything is changing, and this is good.

I have just one suggestion — to keep the balance. Not an easy task, unfortunately.

I used to participate in them, but now I just watch.

I never won prizes, but always really enjoyed the process.

Do you have your own special tactics?
Just one, I guess — to always do things you don’t expect from yourself in the late game. It’s crap sometimes, but usually your enemy just can’t read your attack.

The achievement in Mushrooms that you’re most proud of
CIS Top-4. I still think the CIS Cup is the coolest tournament I have ever taken part in.

Your favorite trophy
Rich on War 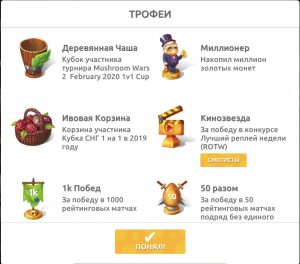 Tell us a funny story related to MW2
The funniest story I can tell actually happened during the CIS Cup. We paid a visit to our home in Kyiv, a lot of our relatives came by to see us, everyone was expecting to see me — and I’m in the heat of battle. All in all, my wife persuaded everyone by hook or crook that we had probably eaten a spoiled pizza the day before, that’s why it took me so long in the bathroom. That’s how I played the tournament — in the bathroom.

What was the most surprising place you ran (played) Mushroom Wars at?

In Barcelona. A charming evening, delicious food, beer and an amazing view from the restaurant terrace, and I was playing Mushrooms) My wife even took a souvenir picture of me, signed “Preferences”.

I actually play anywhere and anytime)

Your advice for new players
Enjoy the game and always play against stronger opponents.

How many people have you introduced and enticed onto the game?
Only one so far.

Will you come to an offline meetup in Moscow this summer?
Sadly, I will be in Beijing this summer!(

What have we forgotten to ask?
I want to say that the game has improved a lot in the last six months and that its rate of progress is increasing. I’m talking not only about the gameplay mechanics, but the players as well. I used to chill during rating games, but it was always tough recently.