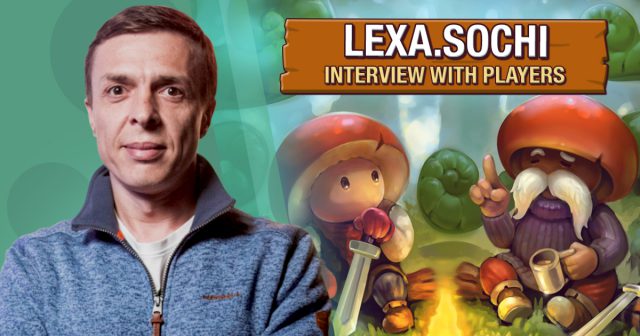 Tell us about yourself
I work in the construction sector. Over the past 15 years, my teams have built a few private houses and repaired more than 100 apartments in Sochi. 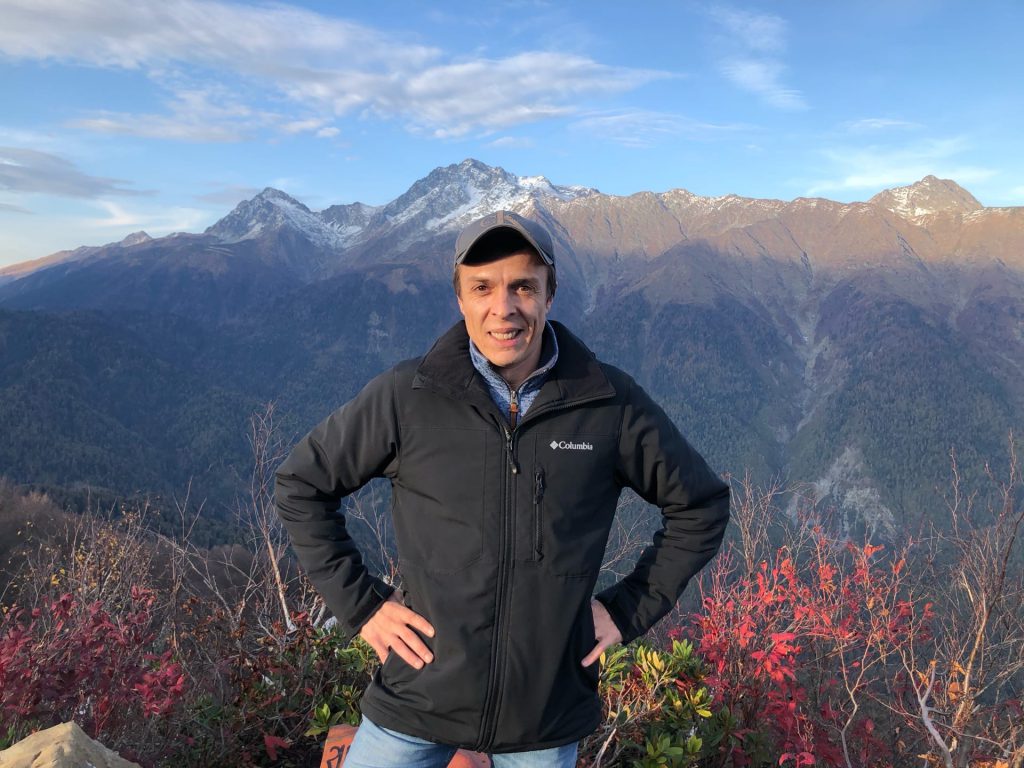 How did you find out about Mushroom Wars 2?
It seems like so long ago! I’ll try to remember it all and tell you. It was in 2010 or 2011 when I became the proud owner of the new Apple iPhone 3. After turning it over in my hands for a while and learning to tell apart its back from its front, I opened AppStore and found all sorts of games. I tried a few of them and realized that they weren’t my cup of tea and that I need something else. But one time I was surfing the AppStore and guess what I found? Oh yesss, you’re a genius; it was the one and only Mushroom Wars! And I don’t know how, but I got hooked! We could say that it was love at first sight! ☺ I remember playing and asking myself how on earth they managed to make such snakes – I wish I could.

A few years later Mushroom Wars Space went on sale too and also found a place in my heart, although I couldn’t part with the previous version. Luckily, back then there were three lives in MW Space so I could take turns playing both games, but that didn’t last long because the wonderful MW 2 came out. By the way, a big thank you to the developers for that wonderful game!

So, how did you end up choosing Mushroom Wars over other games? What was so special about the Mushroom Wars series?
I loved that I could play online with real people out there – your victories seem very different that way! The next thing was the training: in the game you are always learning, there’s no limit to perfection. Remember how I mentioned the snakes? Gamers are still trying to improve themselves, even after so many years. And maybe the most important thing is that the game is very fast so you can always find some time to play.

Alright, since we’ve started talking about time, I should ask you how much time a day you spend playing the game
Around 2-3 hours a day, but that doesn’t mean that I play every day. On the weekend I play much less than during the week and in winter I play more often than in summer. Sometimes I can spend the whole day playing.

What keeps you in the game?
That’s an interesting and difficult question. What keeps me playing? I suppose I just like the game and that’s why I play it. It’s a cool game and I see no reason to stop.

Is there anything that irritates you in the game?

I can’t think of anything that would really irritate me, but sometimes there are things that I don’t like.

For example, last year they introduced passive knowledge, which means that gamers with the same characters became unequal: one got stronger than the other. Also, they’ve added artifacts, which made the game unbalanced. I can’t say it’s a bad thing, but sometimes I just can’t stand it, especially when the gamers that feel superior start bullying you and sending you crying emojis, that makes me so furious!

I see, but let’s talk about the good things! I know that you like football and I know your gaming style. Which style do you like most in MW2: attack or defense?
That’s true, I play football as a center midfielder – my team’s attack starts through me and I love coming up with some interesting combinations. Same with the Mushroom Wars.  I try to play very consistently, without making mistakes, but at the same time, I always try to prepare my attack in a way that my opponent won’t figure out.

What’s your favorite mode?
That’s a difficult question, but probably the 2/2 with a strong co-player.

What’s your favorite character?
Firstly, it was Rudo, then Iner, then Trini, but actually my current favorite is the one I’ve studied well! Rudo’s speed is amazing! Iner has power no one can compete with! Trini is a genius girl with her first ability being that she always puts the enemy in a very difficult position in the attack! 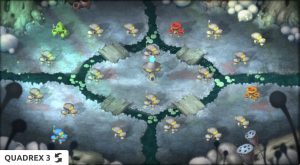 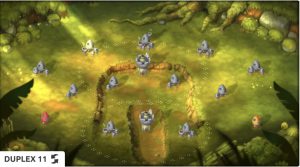 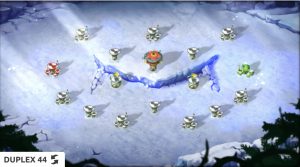 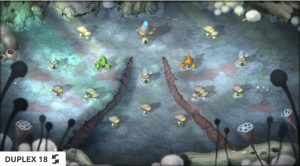 Tell us about your path from novice to top-gamer!
Oh, it’s a very long path that I actually haven’t finished yet. Slowly but surely, I’m making my way into the ranks of the top-gamers. As I’ve already mentioned, it took me a long time to figure out how to make a snake, once-in-a-while it worked out, but I had no idea how. At first, I fought with my hands, then with my brain. There was no information anywhere, no clips from Tormoz, no live streaming from Focus, so it was all up to me – just me and the game! Around 2015-2016, I made my first snake, and not by accident! It’s hard to believe; I was incredibly happy, it was a new world! And that was a new spirit, a new level of play for me! So I recommend that novices master that skill.

Has the game changed a lot since you started playing it?
Yes, of course, it’s changed, sometimes for the better sometimes for the worse, but judging by the number of gamers, people approve of these changes. The gameplay mode has become much easier because now the developers let the gamers make the mistakes they couldn’t in the previous versions. And mushrooms are faster and more flexible. I also think that the graphics are getting a little bit better too.

What are you most excited about in the game?
The rating system in 2/2 mode – I simply can’t wait! Also, I wish they’d be a little bit clearer about how long a season lasts; whether one season lasts three months or half a year. It would be nice to add clans and definitely new heroes and maps to the game. Well, we’ll see. The developers are cool and I’m sure they’ll come up with something new!

I know that you actively take part in tournaments. Why do you like them?
Tournament mode is a separate mode of the game that makes it worth playing MW2! Participating in tournaments allows you to actually find out how much you’ve grown playing the game and how good you are now. I can’t imagine the game without tournaments. They’re just necessary and I’d like them to be held more often too.

What are the achievements in MW that you are most proud of
Getting to 7th place in the ratings. It’s nice to realize that you’re in the Top 10. In the official tournaments, I made it to the Sweet 16. I participated in an unofficial one only once and came in third place in the Ayner Cup.

What’s your favorite trophy?
At some point, my favorite trophy was “Repeat of the Week” (ROTW). I was very proud of it and glad that people liked my battle and considered it the best one. But afterward, I didn’t really agree with awarding other gamers with that trophy and stopped being proud of ROTW, unfortunately.

Tell us a story
I have a long history with MW. I think I’ve played it everywhere by now – on planes, in busses, in my car during traffic jams, even while surfing… It’s a very long list, but the main thing is my trips to Moscow to meet the greatest gamers! Can you imagine? I’m 37 but I fly to Moscow for the sole reason of meeting them all! You’d probably say I’m crazy and maybe you’re right, but trust me, it was worth seeing Sashka (Mr. Kiss), Kirill (Tormoz), Dimka (TPEHuH), Petya (OhSh4rk), Seryoga (Kazakevich), and Smirnyaga (Smirnov). They were all very friendly and it felt like we had known each other for a very long time. They showed me a couple of interesting tricks at that meeting as well. But that wasn’t enough and later we met again with other gamers, including Lyokha (DUST), Andrukha (DeeeeeeeeepON), and the great (TPEHuH). That time, we met in Crimea – one of the most wonderful places on earth!

Would you like to meet up again, this time in Sochi?
Oh, without question! I can’t wait! I’ve already met some of the guys in our warm and beautiful city and am planning on meeting the other ones here too. Who knows, maybe we’ll have our next meet up in Sochi and that will be great!

Who is TPEHuH?
He’s a great dude – a wonderful gamer and friend. I’ve also heard rumors that he’s a super boss (he actually spreads those rumors himself) ☺

Did we forget to ask anything?

I would like to thank a lot of people! A huge thank you to Igor, who passed me the torch, and to all those who met me at the gathering and went to the trouble of checking me in and out – thank you everyone for such a great reception! I am thankful to the game for giving me the opportunity to meet all these wonderful people. Thank you to Kirill, who’s the link between the gamers and developers, and a big thanks to the developers for listening to us and responding to all our questions and suggestions!

Also, there wasn’t enough space to include all the gamers I’d add to my list of top players! Benzodiazepin, Dust, Maxx0, Elsh21, bo3essam, Di78 – hello from Sochi to you all and hugs!