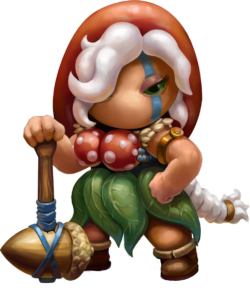 Dora is the mighty mistress of the powers of the earth. She is capable of cunning tactical tricks. Can make the enemy feel like a defenseless chicken with one fierce glare. Effective at all stages of the game, but can struggle early game against aggressive heroes. Has a middle level of complexity. 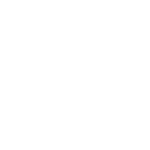 “Accelerating Vortex” is effective over an area with a radius of 200-250 units and lasts 5.5-7.5 seconds. It allows units passing through it to move at 150% of their normal speed. This applies to all units, allies and enemies. Works very well on maps with narrow spaces like bridges. It can also help you take key buildings faster and win neutral skirmishes more effectively, as the faster troops means you will have more units per second entering the building (and consequently that less enemy troops will be produced in the time it takes to capture it). Can also be used on enemies troops to make them attack first. 20-40 second cooldown. 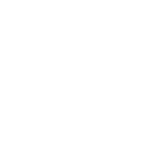 “Freeze Morale” ability freezes the morale of all players at its current level for 10-15 seconds (Ayner’s 2nd ability and Rudo’s 3rd ability will still change morale though). This means a failed attack will not give the enemy extra morale and you will not lose morale. You never want to use this while defending, only when attacking. Using this while attacking, you can bait out defensive skills and then just full on attack them without consequences for your morale while doing massive damage and getting more mana (just be sure you don’t attack with all your units and be left with nothing to defend with after). Then you can launch another attack or withstand a counter-attack with fully charged skills. 40-60 second cooldown. 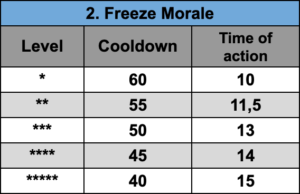 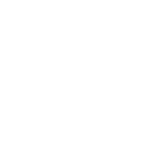 The “Poultry Yard” skill turns all enemy units within an area of radius 300-400 units into chickens, which removes all active spells, morale and forge effects, and reduces their attack ability by 20-40%. This is an amazing defensive ability, and should be used to defend against big attacks only (although if you need it, be sure to use it). Can be great at stopping certain skills too, such as: “Decrease Defense” (Stella), “Rage” (Ayner), “Close Ranks” (Kenor), and “Boots of Swiftness” (Rudo). It can also be used to make an opponent’s task more difficult when they are trying to capture a useful neutral building, by forcing them to spend more units in the attack. Try not to spam it, though, as better players will wait for you to use it before doing a big attack. 70-100 second cooldown. 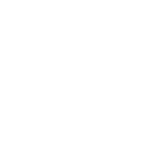 “Magnet” can be applied to any building of any player. All units within a 400-500 radius of the selected building will be dragged into it for 5-8.5 seconds. Enemy units will damage the building according to the usual rules of combat. This is an extremely versatile ability. Here are some possible uses: