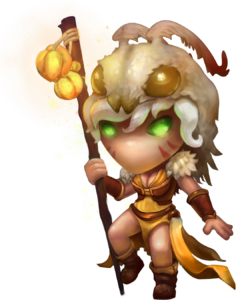 Trini is a Natural magician. She’s able to communicate with bees and conjure elements. An interesting defense style hero, who boasts a lot of versatility in her skills. Often runs to the aid of her winged little friends. A favourite among top players, as her skills can allow her to gain an early morale advantage. Medium difficulty level. 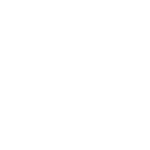 The “Freeze Building” skill disables each type of building from doing its job for 5-8 seconds. Villages won’t produce units, towers won’t shoot and forges won’t improve attack/defense coefficients. Use this skill early on in the game to target buildings which are producing lots of units, and target forges when attacking/defending. If an inexperienced enemy attacks you when they have only one forge, you should definitely freeze this forge just as their troops reach your building: the attack will be weak and you are guaranteed extra morale. Can be especially effective against Stella’s 1st skill: “Speed Up Production”. 20-40 seconds cooldown. 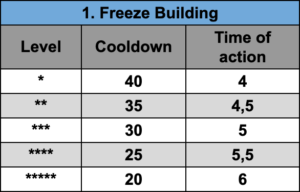 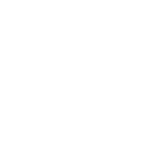 The “Beehive” skill allows you to send 50-100 troops directly from the chosen village into an enemy building through the air, moving with a 30-70% boost in speed. Regardless of the selected send mode (25, 50, 75, or 100%) the number of units sent will not exceed the maximum. Works well on maps with 3 or 4 players where the buildings are close together but separated by natural obstacles. Catch your opponents off guard by summoning bees to launch speedy attacks as the crow flies. Works like Zik’s 3rd skill or Sato’s 2nd skill, in which you can place it down and wait to use it. 40-60 seconds cooldown. 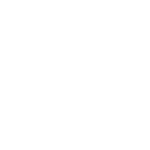 “Ring of Frost” freezes units in its range for 8-12 seconds. It works instantly on units in the centre of the selected area, and takes about a second to reach the edges. Use to defend against massive pushes by breaking their army into 2 smaller waves of attacks, or counter a skill. Can be used while attacking to prevent reinforcing troops from reinforcing your target. Beware, however, as it affects all troops, whether they be enemies, allies, or neutrals. Also know that it works like Ayners 4th skill, “Ring of Fire”, insofar as it doesn’t work within the whole radius instantly. It starts at the center, and moves outward in around a second. The units also unfreeze in the way they froze, making the attack less compacted and easier to defend. 70-100 seconds cooldown.

“Tornado” unleashes a tornado which traces a circle around the point you select for about 10-15 seconds. It kills all units that touch it, and sucks units out of the buildings it touches. Best used in small choke points or placed on top of a building to kill reinforcements, prevent reinforcements from being sent out of it, and to kill units in it. 100-140 seconds cooldown. 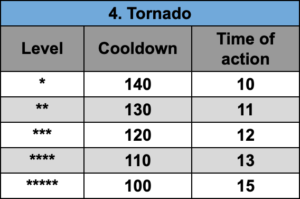