The tower has 4 different tiers. The as the tiers increase, it shoot faster, further and gets more defense. The cost of upgrading the tower is a constant 20 units per upgrade. However the time it takes to upgrade changes and increases with each tier. 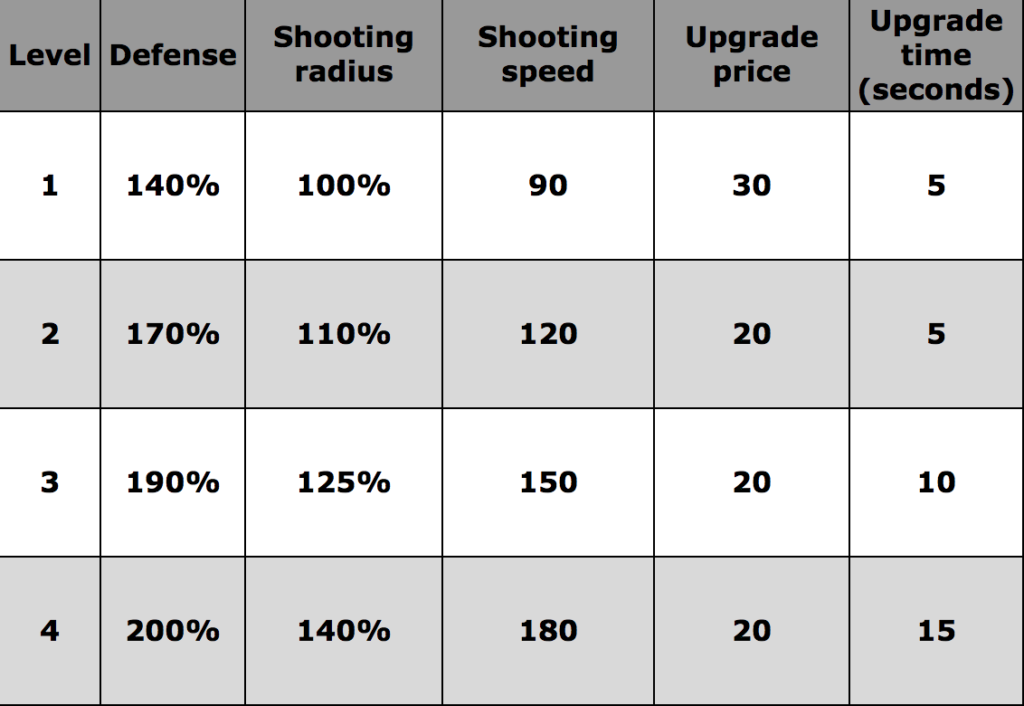 Obviously, the higher the tier, the faster and further the tower shoots, which makes it easier for you to defend. Also the higher the tier of the tower, the harder it will be to pass by it for the opponent safely. That is because it can cripple back line attacks and destroy a well organized attack.

Just like villages, upgrading towers also increase morale. If at a stalemate with plenty of villages, turn 1 or more into a tower and upgrade it in order to not lose morale.